West Africa is ever bubbling with startup events in her pockets, and we are delighted to help you keep tabs with them, especially those of top priority. In no particular order, here are the events that occurred in West Africa’s startup scene.

Vice President Yemi Osinbajo met with the CEO of Google, Sundar Pichai, to showcase the growth of Nigeria’s tech and entertainment sectors. According to Pichai’s tweet, he was delighted to welcome the Nigerian leader to the Googleplex and to discuss with him the opportunities of Nigeria’s digital economy.

Osinbajo is leading a public-private sector collaborative investment to the United States, where he spoke to global industry leaders in IT and entertainment sectors in Silicon Valley in San Francisco and in Hollywood, California.

Osinbajo’s tweet informed that he met with the co-founder of LinkedIn, Allen Blue, with who he chatted regarding the role of the just inaugurated technology and creativity advisory group to steer policy in tech innovation and entertainment.

At an event held at Amazon Web Services’ office in Cape Town, it was announced that eight startups had been selected from a pool of 800 entries from 36 countries across Africa, to make up Injini’s second cohort. Among the eight, three are from Nigeria, and the rest hailed from Kenya, Zimbabwe, South Africa and Ethiopia.

The founder of Injini – a Cape Town-based edtech incubator, Founder Jamie Martin informed that the incubator had been guided in the selection process of the cohorts based of three criteria – access-creating innovation, a great team, and evidence-backed solutions. Martin also pointed out that the Nigerian startups stood out in the second cohort were indeed starting to do well, unlike in the first cohort where there were none of them.

The three Nigerian startups that were selected are Bluebic, ScholarX and SlateCube, while the other are eLimu (Kenya), Langbot (Ethiopia), Learning Factory (Zimbabwe), Lightbulb (South Africa) and Nahana Africa (South Africa).

On Tuesday, the Central Regional Chamber of Commerce held a day’s workshop for SMEs in the Cape Coast region. The event was tailored to create a network of entrepreneurs for business growth and responsible financing, having considered the fact that SMEs are accountable for 90 percent of businesses in the country.

Reverend Ndeburge Huruna urged the attending entrepreneurs to be innovative and form linkages to achieve optimal performance and ROI. He also implored them to abide by good corporate governance and put the best practices into their employ, urging them to focus on doing the right things to keep them going.

Anthony Yoofi Poku-Aikins, chairman of CRCC, reminded the Ghanaian government of the essence to promote SMEs and provide undiluted support to them, as they played vital roles in sustaining the economy of the nation. He called on the government, stakeholders and financial institutions to come to the aid of SMEs to better the economy of Ghana.

In the past week, several startups were selected from different West and Central African countries in what was the DEMO Africa tour – a search for the most innovative entrepreneurs that will represent their regions in the big event in Morocco this October. Here is the run-down. 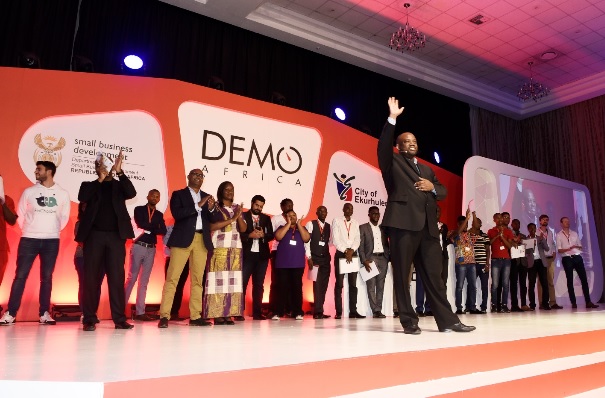 Ghana: Devless, RedBird, and Complete Farmer emerged as the winning startups from a group of 9 in the DEMO Africa Ghana Tour. Each of them pitched to stand a chance to vie for the West Africa representative at the DEMO Africa launch event this October in Morocco.

Ivory Coast: Maurice Communication Marketing, EtuDesk, and WeFlyAgri held the center stage, beating nine other startups at the pitch session at the DEMO tour in Ivory Coast. Each of them stands a chance to compete for the regional title and represent the region in Morocco this October.

Cameroon: Three vibrant startup teams known as Zuoix, Dikorah and MooExams took the win home at the DEMO Cameroun tour in Central Africa. Out of 9 startups, they pulled through with their pitch sessions are now looking to vie to represent Central Africa this October at the big event in Casablanca, Morocco.

All the startups were judged by renowned panels of judges based on the innovativeness of their products, and all the teams are looking forward to another round that will decide which of them that will represent West Africa at the national level DEMO Africa event launch in Morocco this October.