In a move that is expected to bolster expansion plans and further the development of the platform’s technology, Kenyan Agri-Tech/Fin-Tech enterprise, Tulaa, has secured a seed round investment reported to be in the region of USD 627 K. The latest funding round for the Kenyan startup which has set its sights on empowering smallholder farmers in the East African nation by granting them access to inputs, credits, and markets, was led by venture capital firm, AHL Venture Partners.

Founded in 2017 as an offshoot of Esoko; as a step towards the enhancement of small-scale agriculture through the utilization of mobile technology, Tulaa is known to offer assistance to smallholder farmers in Kenya by providing them with the means to become self-sufficient and economically independent.

With a presence in a number of countries across Western, Eastern, and Southern Africa, AHL Venture Partners; which led the latest seed round, is regarded as one of the largest and most successful impact-focused venture capital firms on the continent. The investment firm also lays claim to having committed over USD 75 Mn to as many as 35 impact-focuses businesses and funds that operate across 27 different African countries. Their latest investment seems poised to further oil the machinery of a working and promising system, to benefit a wider community.

As pointed out by Ben Peterson, Senior Partner at AHL, in what appears to be a press statement issued via a LinkedIn post from the Kenyan startup’s CEO, “Tulaa’s end-to-end platform will improve crop yields while driving improved sales for small farm holder farmers, as well as deliver impressive returns to investors. We believe Tulaa has the team and the product to achieve great results.”

The funding appears to be coming in a timely manner for the Kenyan startup and the locals. It is reported that four out of African families depend on agriculture for their livelihoods, but the dearth of access to quality inputs, affordable finance, and reliable markets hampers their chances of making a significant living out of this venture. With a view to solving this problem, Tulaa is stepping in to bridge the gap and fill that void by leveraging mobile technology and artificial intelligence to enable farmers to purchase inputs on credit, as well as market their crops efficiently at harvest time, and the latest capital injection looks set to buoy these plans. By tailoring its technology to meet the needs and demands of the last-mile retailers and traders, Tulaa looks set to make input and output markets work better for farmers. 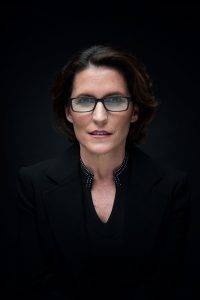 As offered in the same LinkedIn post, Hillary Miller-Wise, the Kenyan startup’s Founder and CEO, expressed delight at the new development. According to her, “We are thrilled to have this group of investors on board. The consortium brings not only capital but also a terrific mix of experience and knowledge globally, as well as in the Kenyan market. Combined with the team of committed and passionate people who we have been fortunate to attract, the added experience of the investors positions us extremely well for growth.”

In an exclusive interview with WeeTracker, the CEO revealed the startup as being connected to both the Fin-Tech and Agri-Tech niches. She made this revelation when questioned as per whether her startup prided itself in being an Agri-Tech or Fin-Tech enterprise. When questioned further as regards how many smallholder farmers the platform has been able to reach out to and how it managed to get to them, the CEO further revealed, “Nearly 10,000 smallholder farmers have become part of Tulaa in the last one year. We employ both ATL and BTL marketing in reaching out to the farmers. Our ATL marketing strategy includes radio campaigns and agric shows. BTL involves our Field Officers and Partners, including NGOs, government extension officers, and the likes. Farmers can always register with us via USSD by dialing *384*384# on their mobile phones.”

As regards how the startup came in contact with the investors, the CEO told WeeTracker, “AHL is an investor in Esoko. The others came through various channels, including personal networks, networking events such as Sankalp, etc.”

Amongst other investors in the oversubscribed round who are looking to pull resources with round leaders, AHL Venture Partners, are such firms as Global Partnerships/Eleos Social Venture Fund, Beyond Capital, and Rafiki Ventures.

Note: This post’s headline was updated.