Fantastic Four: These Automobiles Are Straight Out Of Africa

As of late, the African tech climate appears to have been witnessing something of a renaissance as giant strides continue to be made in the areas of innovation and technology across different sectors. The continent has indeed come a long way from epithets and stereotypes that associate it with only the wrong kinds of publicity and it is now beginning to prove that it can hold its own amongst the global players as a productive and self-sufficient region.

The proliferation of innovation and tech-driven enterprises and startups in Africa is a testament to the efforts of local entrepreneurs to develop solutions that have a bearing on both the local and global markets. This can be construed to imply that Africans are currently leveraging advancements in technology and churning out world-grade tech-driven products and services to create a whole new perception of the continent. And today, the idea is to celebrate some of these fine pieces of technology from the ever-growing African automobile industry.

Vehicle manufacturing has reached a whole new level in Africa in recent times with a number of African automobile companies rolling some well-engineered four-wheelers off their assembly lines. And some of these vehicles are known to be laden with features and specifications that can rival what is on offer from the Germans, Japanese, Americans, Brits, Koreans, Chinese, French, and Italians who can be thought to be the major players in the industry. Suffice it to say that there are a number of African automobile manufacturers who are doing more than just punch above their weight. Through their offerings, these companies can potentially give the established names a run for their money in the local markets for starters.

African automobile manufacturers have actually been putting in some fine work and assembling some really good rides for a while now but it wasn’t until recently that they have been causing ripples and gaining recognition in the industry. Even though they still have their work cut out for them in the area of toppling the more established brands, it takes nothing away from the fact some fine work is being done in our very own backyards.

From Nigeria’s Innoson Motors; the creation of serial entrepreneur, Innocent Chukwuma, to Kantanka Cars from Ghana and even the offering from Morocco’s Mohamed Laraki, Africa boasts a number of automobile manufacturers who are doing their bit to reflect the continent in a bigger, brighter, and better light.

And what makes this even more interesting is the knowledge that these companies are being run by local entrepreneurs and people, who are pulling it off all by themselves and staying competitive in both local and international markets using the locally-sourced material. Now, let’s take a moment to appreciate some of Africa’s biggest and most promising automobile manufacturers. 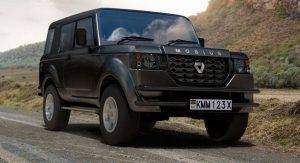 Mobius Motors rolled the first batch of their low-cost, multipurpose vehicles off their assembly lines in the later parts of the previous year. Typical African off-road road terrain and transport utility are believed to have been considered in the design of the vehicle.

To its credit, the Kenyan automobile company’s first big step which was the introduction of low-cost vehicles for the off-road and rough road terrains in Africa has somewhat garnered encouraging market reception and plans are believed to have been set in motion towards stepping up production and rolling out a newer, more advanced model in the near future.

Building on the success recorded so far by its first model, the company is believed to be exploring newer frontiers in the design of the Mobius II as an upgrade on the pioneer model. The first model from Mobius Motors was built with resilience and efficiency in mind and considered as an affordable off-terrain option in the market, the automobile company is looking to take it up a notch with its next model.

Power steering, sealed side windows, upgraded interior, and exterior, as well as a much higher ground clearance, are some of the perks that are expected to come with the new model. In any case, Mobius Motors remain one of the established indigenous manufacturers of automobiles in the African market. Ghana’s Kantanka Cars is known to be a manufacturer of four-wheel drives and saloon cars. The company also boasts a number of SUVs in their product catalog, such as the Kantaka Opasuo and the Nkunimdie. It also rolls out four-by-four pickups, the Kantaka Onantefuo, from its assembly lines.

The automobile manufacturing company is the creation of Ghanaian entrepreneur, Dr. Kwadwo Safo Kantanka, who founded the indigenous enterprise on the idea of manufacturing both luxurious and efficient cars that are also affordable.

As a testament to the success of their offerings, these cars which are manufactured in Gomoa Mpota in Ghana’s central region are known to currently ply roads in various African cities. Also to its credit, the company recently rolled out two new audacious products; the Kantanka Odeneho V8 and the Kantaka Okatakyie – two vehicles that can actually pass for a Mercedes. Vehicles from Kantanka Cars come in a variety of colors and models, and the company’s automobile manufacturing plant is fully operational. 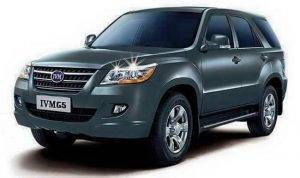 Serial entrepreneur Innocent Chukwuma is the brain behind what is regarded as the first indigenous technology company to manufacture cars in Nigeria. From humble beginnings and in spite of a series of initial setbacks, the Innoson Vehicle Manufacturing Company, also known as Innoson Motors, is now regarded currently as one of the biggest manufacturers of motor vehicles on the continent.

The company is known to churn out various kinds of cars ranging from luxurious saloon cars to minivans, SUVs, buses, and even trucks, in bulk. These Nigerian-made vehicles have drawn patronage from both within and outside Nigeria. Cars from Innoson are said to be durable, luxurious, and affordable and this may be why they have somewhat become the toast of many Nigerian government agencies. Their vehicles are also getting a positive reception from a number of other African markets. The company’s car production plant is located in Nnewi, Anambra, in Eastern Nigeria, and a visit to the plant would reveal some amazing work being done by Africans in Africa. This Casablanca-based company was not always the supercars manufacturer that it is known to be today, and that is because it started out as a manufacturer of yachts before making the switch to automobiles.

Although the company was founded in 1999 by businessman and design engineer, Mohamed Laraki, it took another three years of developments and iterations before its first car, the Laraki Fulgura, was released in 2002. And it became an instant hit and a favorite amongst lovers and enthusiasts of supercars.

Larakis are generally bespoke, custom-made cars built according to the specifications and requests of customers. The company can be regarded as making the fantasies of car lovers come to life as even its very first product was a car built on a Lamborghini Diablo chassis and powered by a Mercedes engine. Others cars in the Laraki catalog such as the Borac and the Epitome are also built on similar concepts.

Laraki cars are not exactly regular rides as they are mostly one for the fast, luxury car lover. They are pretty much expensive and they make this list on account of the fact that they are made in Africa and can hold their own in the class of the world’s flashiest cars.

Also worthy of mention are such notable African automobile manufacturing companies as Tunisia’s WallysCar, Uganda’s Kiira Motors Corporation (KMC), and South Africa’s Birkin Cars; companies that, in an extraordinary way, are proving that Africa has indeed evolved from a consumer economy to a productive and industrialized state. So let’s give it up for these African companies who are taking a quite bold approach to rewriting the narrative.