In case you missed out on any of the top startup events held within the continent in the past week, look no further because you happen to be at the right place. This week’s edition of WeeTracker’s Startup Events Glimpses is laden with the low-down on all the major startup and entrepreneurship-themed events which took place continent-wide in the last seven days. Without further ado, let’s jump right into excerpts from some of the most notable of these events. Between 12th and 14th of September, Cape Town Stadium played host as this year’s edition of the annual SA Innovation Summit was successfully held. This year’s event brought together corporates, governments, academia, researchers, and entrepreneurs who rubbed minds with the aim of proffering solutions to some of the biggest challenges bedeviling the development of the continent.

During the summit, matters associated with the so-called Fourth Industrial Revolution (Industry 4.0), as well as how it affects the African economy, were also treated. Speakers at the event tailored their offerings around such topics as regional trade, startup acceleration, corporate venturing for SMMEs, funding and the growth of the VC market, social innovation, blockchain technology, artificial intelligence, and a number of others. 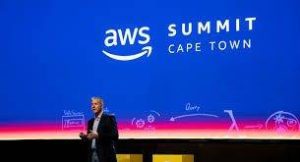 On Thursday, 13th September 2018, Amazon Web Services (AWS) held a full-day event for startup founders and technical staff. Participation in the event was free and it afforded startups the opportunity to discover new ways to accelerate and grow their enterprises. The event which took place at the River Club in Cape Town brought featured such notable keynote speakers s Mackenzie Kosut, Anton van Vlaanderen, G-J van Rooyen, and Omosalewa Adeyemi. Partners at the event included 4Di Capital, Custos, and Flutterwave. This event was held at the Century City Conference Center in Cape Town, from 9th to 11th September. It is believed to have brought together up to 50 African expert speakers and over 40 exhibitors who brainstormed in what could be regarded as one of the largest business-focused artificial intelligence (AI)-centered events in Africa.

Y Combinator held an event in Accra, Ghana, on Saturday, 15th September 2018. The event drew participation from a number of intending startups who were indoctrinated on a number of aspects, most of which revolved around the subject of pitching startups to YC. Participating startups were also enlightened in the area of fine-tuning their applications with strict adherence to YC standards, so as to improve on the chances of getting accepted into the program. The event was held at the premises of OMG Digital Incorporated, in the Ghanaian capital.

Fourth Edition Of The Nawah Competition Held In Egypt

The Nawah, which is also known as the Egyptian Innovation Award for Entrepreneurship Competition, has become one of the main social entrepreneurship events in Egypt that contribute to the development of the entrepreneurial ecosystem.

This year’s edition of the competition featured a number of Egyptian startups whose solutions were founded on the idea of contributing to a flourishing, collaborative, and conscious entrepreneurship ecosystem. The event was held at GEN Egypt on Saturday, 15th September 2018.

Traction Camp is a regional accelerator program aimed at nurturing startups in East Africa, with a view to creating globally-competitive and growth-oriented businesses that driven by mobile and digital technology.

This event which took place at LakeHub, in Kisumu County, Kenya, on Monday, 10th September 2018, was kind of an eye-opening info session that was largely focused on enlightening both established and aspiring entrepreneurs on ways to garner and keep business patronage. Participants at the event were exposed to the underlying factors governing consumer behavior, as well as the optimization of service with a view to growing a loyal customer base and attracting new customers.