Meet Jean Bosco Nzeyimana: The Rwandan Entrepreneur Who Is Changing Lives One Briquette At A Time

From Nyamagabe – a small village in rural Rwanda – comes the story of a confident 25-year-old that is solving some of the problems of his immediate community one briquette at a time.

Jean Bosco Nzeyimana grew up in a poor, rural community that could boast of very little by way of infrastructure or even the necessities. Housing was shabby, clean water was hard to find, and electricity was a luxury most of the locals would rather not think about – mostly because it was more non-existent than it was inconsistent.

Even though he was only a child of school age, Jean Bosco did feel the pangs of the dire situation from those early times. Every morning, before he left for the only school in the community, he would have to meander through the woods in search of firewood – a precarious and exhausting ordeal for a child his age.

As was the case for most of the locals, life was anything but a rosy affair for Jean Bosco. But unlike many of his peers, the young Rwandan chose to look at the big picture instead of feeling distraught. And that mindset would eventually become the catalyst for what is proving a tonic for community growth and economic emancipation. 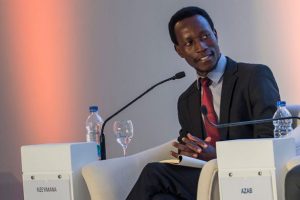 Growing up in his village, Jean Bosco was no stranger to the hardships and privations that characterised rural life. Most of the community was living in squalor, and the young boy was greatly disturbed by those living standards, or perhaps, the apparent lack of it. Thus began his quest to give the locals a chance at a better life.

Four eCommerce Trends That Can Shape Online Retail In Africa

Due to the absence of electricity and because the community knew no other energy source, wood was the go-to guy for all things fuel. As is common in many parts of rural Africa, the villagers relied on charcoal from wood for cooking.

Apart from the fact that burning wood is unhealthy and inefficient, the wanton felling of trees for firewood and other purposes also has an adverse effect on the environment. Throw that in with the fact that a very significant proportion of the Rwandan population still use wood for their energy needs, and the environmental impact becomes even more alarming.

Jean Bosco was concerned by the devastating deforestation, but that was not the only thing that caught his attention. He was also disturbed by the many rubbish-laden landfills that dotted parts of Rwanda, and his village was seeing more than its fair share.

The idea of felling trees eliminated much-needed ground cover which left lands susceptible to erosion. The ravaging erosion created vast, gaping gulleys, and the idea of filling those gulleys with waste was nothing close to an ideal solution.

Jean Bosco Nzeyimana was only 19 when he began to explore better ways to solve the problem, and he soon came upon a single solution to what seemed like a two-headed problem. If his idea was anything like a slingshot loaded with a single rock pellet, it was going to take out two birds in a single shot. The then-teenager found a solution that involved turning waste into energy and the solution was unique in that it was going to take care of two problems – deforestation and waste. His idea involved turning organic waste into clean-burning and efficient briquettes, as well as fertilisers for farmers. If all went according to plan, gone will be the days of villagers felling trees and burning wood for fuel, and no longer would grotesque waste engulf the scenes of Rwanda’s landscape.

With the idea now in the bag, the next challenge was always going to be the toughest nut to crack – and that’s finding the funds that would breathe life into the idea. Being only a teenager in an economically-disadvantaged locale with very little by way of track record or experience, it was always going to be an uphill task to get the requisite financial backing.

But the young Rwandan entrepreneur remained undeterred in his quest to improve lives with his solution. Like the gospel, he spread the word of his idea to all and sundry, and it soon began to gather momentum.

By contesting for prizes in various entrepreneurship competitions and participating in some tech events, Jean Bosco had begun to generate buzz around his waste-to-energy idea, and before long, he was lodged in talks with potential partners from various parts of the globe including the U.K. and U.S.

With some financial support from African Entrepreneur Collective, Jean Bosco was able to set up a business called “Habona” which literally translates to “Illumination” after reaching an agreement with his district’s authorities which allowed him to use a waste management facility for free. He established the company back in 2013 while he was still studying Business Administration at the University of Rwanda’s College of Business and Economics.

But then came another hurdle. Since it was a relatively new business, it was hard to find employees with the requisite skills. Granted, collecting and sorting the trash hardly required any special skills, but when it came to processing, there was a manpower deficit as many of the locals had neither seen nor heard of briquets.

It was very unlikely that the workers would waltz in and start making a product they knew nothing about, so the Rwandan ‘wastepreneur’ went about training the workers himself, and spending funds in the process too. But those days appear to be over as Habona now seems to have found a foothold.

More so, Habona’s biofuels are believed to be currently used by as many as 1,500 households in Rwanda while employing up to 26 people on a permanent basis and nearly 50 more as casual workers. Thus, empowering people and improving quality of life in parts of rural Rwanda. 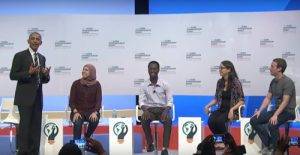 Jean Bosco has seen his stock rise tremendously since piloting his idea. In 2014, he was named Top Young Entrepreneur of Rwanda while also going on to claim the African Innovation Prize. He also shared the stage with the likes of Former U.S. President, Barack Obama, and Facebook Founder, Mark Zuckerberg, at the Global Innovation Summit which took place in California back in 2016 – both of whom were impressed with the progress he has achieved his community.

Now 25, Jean Bosco seems to be thirsty for even more success and is showing no signs of slowing down. He hopes to extend his idea to other parts of Rwanda and beyond in the near future.