Nairobi-based integrated hardware and software company BRCK has made known that it has acquired WI-FI service provider Surf Kenya.

Information extracted from Gadgets Africa reveals that BRCK purchased Surf’s assets including their public WI-FI as well as software Intellectual property at an undisclosed amount.

Founded in 2013, BRCK is a Kenyan company that designs and comes up with a rugged, self-powered, mobile WI-FI device that connects people and things to the internet in areas that have poor infrastructure.

Surf Kenya is an internet provider founded in 2015. The company however gained prominence after a partnership with Facebook in 2017 that propelled its growth.

BRCL CEO Erik Hersman recently revealed to Gadgets Africa that 80 percent of users are not able to afford data bundles or internet because of financial constraints adding that BRCK is focused on solving the connectivity gap in the market.

Also Read:There Is A Village In Nigeria That Generates USD 4 Mn Every 24 Hours – Here’s All You Need To Know

“BRCK is really focused on solving the connectivity gap in the market. We’re at a point where the signals are there and people have devices. The problem is 80% of internet-ready device users cannot afford data bundles or do not have access to the internet at home or at work. That means that it is not an accessibility problem, it is an affordability problem – it is a business model issue, not a technical issue,” he said

Gadgets Africa reports that the new move will see Surf Kenya close shops and bring a halt to its operations.

The acquisition will be a plus for Moja internet as it will absorb Surf Internet hence boost the number of unique monthly active users (MAU) from the current 300,000 to over 500,000 MAUs. In addition, Moja’s free public Wi-Fi will now be accessible from 2700 locations across Kenya

BRCK CEO further reveals that Surf Kenya was their preferred choice in regards to acquisition owing to the fact that it has great software for onboarding new locations to put up nodes. He added that their newly acquired entity has the biggest footprint among the companies it eyed not to mention that it also has valuable hardware network assets.

Gadgets Africa’s report divulges that users of Surf Internet will not see any changes yet as BRCK is currently working on the particulars of moving from Surf’s current platform which charges users a subsidized fee to access the internet to Moja’s platform that’s completely free to the user.

BRCK is currently rolling out a plan to merge the two networks within the next six months. For now, it will maintain services offered by Surf Kenya but reports indicate that eventually, Surf internet will shed its branding completely. Express Wi-Fi will also be rebranded to Moja Wi-Fi.

Apart from designing circuit boards and ruggedized cases, BRCK also writes the firmware, operating systems and cloud stack of software that allows all of our devices to be remotely managed. It is currently eyeing to expand its African market.

This development was first reported by gadgets-africa.com Coca Cola To Inject USD 1 Bn In Its African Business 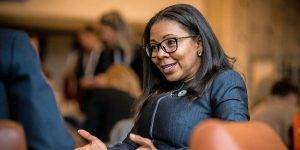