Antoinette Furaha was just six-years-old when she was forced to flee her home country with her surviving family in 1997.

Violence had erupted in the Democratic Republic of Congo and scores of civilians had been murdered by warring factions. Her father had been killed in the ensuing unrest and she was now running for dear life with her mother and six other siblings.

The country was drowning in the barbaric bloodshed and her community was seeing more than its fair share. Human flesh had become food for dogs, families had been torn apart, and dreams had been killed. If anything, she was lucky to still be amongst family – many weren’t.

At such a young age, she could have done with dolls and play dates, but what she was treated to was lots of blood and gore – hundreds of civilians tortured and murdered in cold blood in tribal attacks. It was a traumatizing and harrowing experience.

Antoinette and her family eventually found their way to Kyagwali Refugee Camp, in the Kisoro district of Western Uganda. Here, they had to deal with yet more suffering. Even though they had survived life-threatening violence, it seemed they had walked right into new levels of squalor.

Also Read:Humanoid Robots Are Taking Over Congolese Roads And Look Who’s Behind This “Machine Invasion”

The refugee camp was short on food and medical supplies  – sometimes, they had to make do with a small ration for the whole day.

And before long, yet more tragedy struck. One of her sisters took ill, and as treatment was unavailable, she passed on.

Her mother, who had become frail and shaken by the horror of witnessing the gruesome murder of her husband, became sick and weak too. But despite that, Antoinette and her mother still managed to clear a small patch of land in the settlement and build a tent. And that took a lot of doing as the structure had to be reconstructed as many times as it collapsed.

It was a hard life in the refugee camp and Antoinette was to tragically lose another sister to illness – the family of eight that arrived the settlement had shrunk to six in rather unfortunate circumstances.

Growing up at the refugee camp, it was almost impossible for the young girl to adjust to the new surroundings as there were many different people from different places who spoke different languages. But as time passed, that changed somewhat.

At eight years of age, she had become friends with a few persons at the camp. Antoinette hung out with these friends from time to time and they helped her forget some of her pain.

One of such ‘escapes’ involved walking with her friends to their school, even though she was not exactly a student. And that exercise was to eventually trigger something special.

Those casual walks to school with her friends took her into a classroom one day. And after her very first ‘unofficial’ day in school, she knew she wanted to be there every day.

Just like that, Antoinette had become a primary school pupil. She’d fallen in love with school, and books, and learning – it seemed as though she had discovered a part of life that she didn’t even know existed. It gave her life a whole new meaning.

Such was her desire for school and learning that she would ask her friends for books and pencils, especially as her mother had no job and no way of providing those.

Her keenness and determination started to pay off and before long, she had established herself as one of the best students at Kinakyeitaka Primary School, which was located some two kilometres from the shack she called home.

Although she couldn’t afford basic scholastic materials like uniforms and books, her academic prowess and appetite for knowledge were evident. In spite of the privations that stiffled her, she kept at it and was always top of her class. At some point, her passion for education began to rub off on her younger siblings and they all wanted to enroll in school.

As they couldn’t afford basic school items, Antoinette had to take up menial jobs so as to be able to help them. She dug on a site for a stipend and with the small amount, she bought a 32-page notebook whose pages she shared amongst her siblings, and a pencil which she broke into tiny pieces for all of them.

Antoinette’s perseverance pushed her all the way from Class One to Class Four, but she soon ran out of steam. She was 12-years-old at the time and the struggles had taken its toll on her. Despite her best efforts, a few pages off a notebook and a tiny pencil could only get her so far. She had to make a tough call.

Antoinette had to quit school, and it was no easy decision. But she wasn’t exactly throwing in the towel, she had just decided to find another way out of the mire – for the good of herself and family.

“I could not continue with school because I had no uniform and no books. I decided to sit at home for one year. But I was thinking of a solution to my problem because I did not want to be like other girls who resorted to marriage after they had failed to continue with their studies.” She says.

During that time, she regrouped by taking on more menial jobs like tending gardens and cleaning homes. With the money she was making, she was taking care of the needs of her family and saving for school. Within one year of calling it quits with school, she had saved up enough money to make a comeback.

In 2004, she returned to school like she never left and picked up from where she left off. She blitzed her way through Class Five and by the time she joined Class Six, family needs had eroded the bulk of her finances. Yet again, she had to quit school and find work – her resolve to complete her education was unfliching.

This time around, she stayed out of school for three weeks, doing odd jobs and gathering little sums. Before long, she had raised the money she needed. But then, something occurred to her.

Antoinette realized she’d be right back on the streets looking for money within a short while if she simply put all that money into her education. She needed a fairly stable income stream and after racking her head for days, she came upon something.

In as much as she had an unquenchable desire to return to school, she decided to hold off on her desires and play it smart this time. With the money she had saved, she bought sugarcane from farmers and sold it at a profit. Within a month, she had made quite a profit. And with this, she bought yet more farm produce like maize and beans and began to sell those too.

By 2006, she was making enough money to sponsor her education and that of her siblings too. Her mother took care of the business while they were away at school. But there was more in the offing.

The produce business had imparted Antoinette with some sort of entrepreneurial edge and she was starting to think big.

Initially, the plan was to make just about enough money to take care of the needs of her immediate family, but now she had the interests of other families like hers at heart.

Even though she didn’t really have much going on for her at the time, Antoinette began to think of ways through which she could assist young girls like herself who were facing similar challenges. Her first move to that effect was to gather a group of girls in her community and teach them how they could become self-sufficient.

It didn’t stop at mere words, though. Antoinette went as far as handing each of those girls (around ten of them) a dollar each (around USh 2.5 K), to enable them to set up their own businesses. Those who didn’t get money from her were employed to assist in the sale of the commodities she was buying from farmers.

Antoinette eventually completed her primary education – graduating with 13 distinctions – after which she gained admission into St. Andrea Kahwezi College in Hoima Town. By now, word of her good work had spread like wild fire and several women organsations in her community were knocking on her door. They needed the teenager to educate them on how to set up small businesses.

Her “entrepreneurial classes” started with a group of not more than 10 women but that number has since grown ten-fold. In addition, the Congolese entrepreneur has helped over 50 young girls return to school through her project.

Antoinette Furaha became a member of the COBURWAS International Youth Organisation – an entrepreneurial organisation for African youths – in 2005, where her entrepreneurship and leadership skills are being put to use to telling effect.

In 2009, she started her own project, Kyangwali Women’s Micro-Credit; a  minor credit service company which supports female refugees in Uganda and helps them get their businesses off the ground with loans of up to USh 100 K. This project has been immensely helpful to many widows and several young girls in the area.

The entrepreneur has been the recipient of numerous awards, including a second runner-up spot in the 2014 Anzisha Prize. Now aged 27, she’s more motivated than ever to play a vital role in the empowerment of underpriviledged women and young girls.

And to think she started all these when she barely had enough for herself – perhaps it’s true what they say; it’s in giving that we truly live. 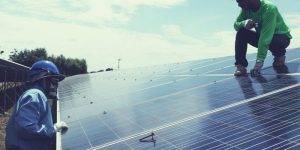 To Mark This Year’s Children’s Day; 10 African Kids Who Rocked The World With Their Brilliant Innovative Efforts