As expected, Facebook new cryptocurrency project dubbed Libra is already a centre and attraction of controversy and many people, activities and recently the Congress is stepping in to seek for tough regulations.

Although Facebook provided concrete details of the Libra project in it’s white paper and indicating that it has set up a subsidiary, Calibra, and an independent consortium, Libra Association, to develop and govern the cryptocurrency, the world doesn’t seem fully impressed and content with Facebook’s word and it’s in that regard that G7 Forming Task Force in Response to Facebook’s Libra Cryptocurrency.

In the wake of this week, a group of American lawmakers from the House Financial Services Committee also got concerned that Facebook’s Libra cryptocurrency may try to challenge the dollar and are demanding the company stand down. This is in response to California’s Democrat Chairwoman Maxine Waters’ suggestion for a moratorium on development the day Libra was announced.

Because Facebook is already in the hands of over a quarter of the world’s population, it is imperative that Facebook and its partners immediately cease implementation plans until regulators and Congress have an opportunity to examine these issues and take action,” the lawmakers wrote. “During this moratorium, we intend to hold public hearings on the risks and benefits of cryptocurrency-based activities and explore legislative solutions. Failure to cease implementation before we can do so risks a new Swiss-based financial system that is too big to fail.

Also Read:Facebookers Are Already Using Libra To Scam Their Fellows

If there is anything that has relentlessly been part of Facebook’s journey is its continued mistrust by users. This is mainly because the social media giant has continued to be prone to data privacy scandals and this has raised questions over data privacy and users security.

Media reports also confirm that Libra also caught the attention of The BoE, the U.K. Treasury and the Financial Conduct Authority, who have all had meetings about the implications of Libra and its potential consequences on the U.K citing fears of money laundering and any other issues.

Advocacy groups are also weighing in on the matter and are calling upon the authorities to step in and stop Facebook from going ahead with the Libra Project. This because they strongly believe there is a long list of unanswered questions about Libra and the project should only be permitted if appropriate controls and rules are in place.

For about a decade now, the Cryptocurrency trade has been a largely unregulated market and its uncertainty presents a rather tough approach when imposing regulations. Although Facebook acknowledges that it needs the regulatory approval of governments and existing systems in order to move forward, there is still an issue of trust that continues to be a topic of debate as regards the project.

Facebook is already under scrutiny for its massive influence today and just how much data it continues to harvest from its billion users on a daily. This has seen them become a hotly debated topic in the Cambridge Analytica scandal and also in the midst of quite a number of concerns regarding users data. It’s clear that the world is not about to allow more of that to happen without putting up any resistance more so in the financial sector which is highly sensitive.

However, Facebook seems to have been aware that these concerns will come knocking and it made it clear it’s Libra Project whitepaper when the social media giant announced that it created an independent subsidiary, called Calibra, that will manage the development of applications for Libra on its platforms. It has said Calibra will not share users’ financial data with Facebook except for in “limited cases,” though it has not offered specific details on how the separation will work.

As lawmakers continue to raise issues and concerns over The Libra project, Facebook’s David Marcus came out to address a couple of concerns about the social media giant’s new cryptocurrency project, Libra and explained that users won’t have to trust Facebook but the cryptocurrency and the systems that have been put in place. He noted;

“And Facebook won’t have any special responsibility for the Libra Network. But we hope that people will respond favorably to the Calibra wallet [made by Facebook]. We’ve been clear about our approach to financial data separation and we will live up to our commitments and work hard to deliver real utility.”

Libra has also raised issues of anonymity that is strongly embedded in the way Blockchain works and lawmakers argue that this could be a threat to national security as it can be used to fund terrorism and furnish money laundering. However, Facebook says that it has developed a process to verify the identity of Libra users on its own platforms in order to mitigate those risks. 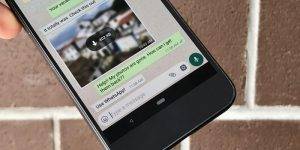