Africa is currently witnessing something of a renaissance in the area of tech and startup investments. This year alone, the African startup ecosystem has already seen investments valued at no less than USD 168.6 Mn, as indicated in the 2018 H1 African Startup Funding Report put together by WeeTracker and released a couple of months back.

In the same vein, the East African ecosystem has weighed in significantly on startup proceedings on the continent, as the same report points out that Kenya; one of the giants in the region, attracted startup deals amounting to USD 82.86 Mn – the most for any country on the continent.

This further underlines the significance of the region’s ecosystem when it comes to entrepreneurial activity and startup investments. With these in mind, here’s a look at some notable events geared towards furthering the growth of the East African tech scene which took place across various parts of the region in the past week.

The date was August 16th and the place was the famous Nairobi Garage; a prominent co-working space located in Nairobi, the Kenyan capital. Celo, a startup leveraging the potential of blockchain technology in building products for financial inclusion, hosted its Blockchain Breakfast Chat. The event focused on demystifying the technology behind the protocol and helping participants learn more about the applications of the technology in the fintech space. Speakers at the event were drawn from the technology space, the social sector, and more. Participants at the seminar who included fintech entrepreneurs and blockchain enthusiasts, were treated to an exposure on the underlying concepts of blockchain technology and how it could revolutionize mobile payments in Africa going forward.

Is Apple Finally Ready To Set Up An Actual, Official Presence In Africa Via Nigeria?

All Forgiven? World Bank And IMF Finally Come To Africa’s Rescue Despite Its Debt Bundle

On Saturday, 18th August 2018, NEM Africa successfully hosted the NEM Mombasa Hackathon at Swahili Box Hub, in Mombasa, Kenya. The event brought together a number of local developers within the NEM ecosystem with the aim of fostering integration and challenging them to work out home-grown solutions to local problems. The duo of Solo-Energy’s George Mosomi and Stanley Njenga of Two-4-One App were tasked with moderating the hackathon; an assignment which they delivered upon with aplomb. Both organizations are known to be building their blockchain solutions on the NEM network.

Metta, an entrepreneurs’ club that connects people, ideas and resources, with a view to creating a global innovation ecosystem, hosted an event aimed at providing insights into the financial possibilities that are in the offing with blockchain technology and cryptocurrencies. The event took place on Thursday, 16th August, at Metta Nairobi, and it brought together a number of notable personalities in the fintech space. Hilda Moraa of Pezesha, Leonida Mutuku of Intelipro, and Bithub’s duo of Christian Kakoba and John Karanja, were amongst the panelists at the summit. Discussions at the event revolved around such matters as cryptocurrencies, the role of banks, and the future implications of blockchain technology on the fintech climate. Software developers and fintech enthusiasts formed the bulk of the audience at the event. 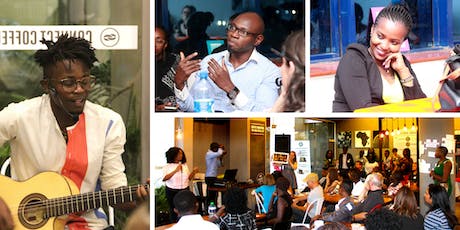 This event was the result of concerted efforts between Kijiji, the Social Enterprise Society of Kenya (SESOK), and the Center for Science Technology and Information. It featured an intense brain-storming session on the merits, demerits, and myths that surround idea poaching and information sharing, as it affects startups and entrepreneurs. The event took place on Thursday, August 16th, at the Institute for Climate Change and Adaptation, University of Nairobi Examination Building, Chiromo Campus, Kenya. Amongst the notable personalities at the event who weighed in with their thoughts on the topic; “Is Idea Poaching a Detriment or Catalyst for Entrepreneurship?” were Cecilia Wandiga of the Center for Science and Tech, Joshua M’Anampiu of Netfund, Joshua Ambuya of Greyfos, and Mutembei Karikui of Make-IT Africa and GIZ Initiative. Participants also had the opportunity to share ideas, learn from different perspectives, and get answers to some of their questions.

Also worthy of mention is the Ugandan edition of Steve Odhiambo’s African Investor Masterclass which took place on Saturday, 18th August, in Kampala, after hosting successful editions in Nairobi and Kigali in the last two weeks. This latest installment of the workshop focused on how to raise capital from the diaspora.