Raising Capital: How These Five Successful African Entrepreneurs Did It

No cash to kick off with, no one wants to give you capital, and the banks have turned you down several times. It seems the odds are no longer in your favor – but are they for anyone? Many people call it quits on their entrepreneurial forays on the backs of not having the required money to grow that idea into the next big thing in the market. Unarguably, access to funds has to be the biggest threat to entrepreneurs around the world, especially in Africa. In a continent where people have to sleep in cars before having their thundering breakthroughs, lack of capital is largely a convenient excuse to say “That’s it.”

In the past decade, more capital has been flowing into Africa like never before. In 2015 alone, the continent received up to USD 276.5 Mn in startup funding – a figure which rose to USD 366.8 Mn in 2016. According to a report by Weetracker, African startups raised an eclipsing USD 168.6 Mn funding in H1 2018. These figures go to say that Africa in the next big thing in business, also buttressing that fact that the ecosystem is attracting a lot of money.

In an effort to dispel the myth of “no capital,” here are 5 African entrepreneurs who successfully raised funding to begin, grow and globalize their businesses. In 2010, this young female entrepreneur quit her job at a bank to start a waste recycling business. From custom-made ergonomic chairs to the dumps, she established EcoPost – a company that collects and recycles waste into aesthetic, durable and environ-friendly fencing posts that serve as alternative material to timber. But this successful business today would have been anything but if financial support didn’t emerge from the stables of international and local investors, as well as NGOs. Lorna applied for and won a USD 6 K seed award which served as startup capital for her recycling business. In the same year, she bagged USD 12.7 K in a business plan competition organized by the Cartier Women’s Initiative.

As of recent, EcoPost has attracted an equity investment from the Blue Haven Initiative and the Opus Foundation, which totaled to USD 495 K. The funding was used in the expansion of the business and for the purchase of state-of-the-art recycling equipment. What most African entrepreneurs are unaware of is that hundreds of organizations support businesses that tackle environmental educational and sociological businesses – any idea that helps better the society. They usually provide donations, grants, loans and equity funding to startups from Africa. 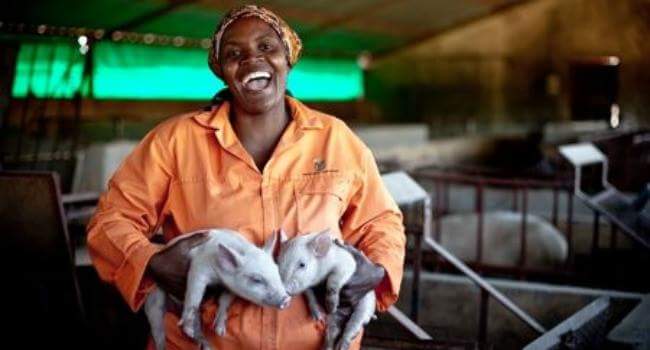 Because she is one of the most successful pig farmers in Africa, Anna Phosa is often fondly called the ‘celebrity pig farmer’. Even with her monster-large farm and a lot of ripples in the ecosystem, her business journey wasn’t all candy and lollipop, because she had her nose to the grindstone to raise capital and grow the business. In 2004, Anna began what was her first pig farm in Soweto with the sum of USD 100 which she squeezed from her personal savings – which at the point could only afford and cater for four small pigs. A quad of years on, she was ringed by Pick ‘N Pay, a South African supermarket chain, with a contract to supply its affiliating stored with 10 pigs per week. Marking the first of Anna’s breakthroughs, the request quickly grew to 20. By 2010, a major contract had been signed and undertaken between the two businesses to supply 100 pigs per week over the next five years, under a USD 1.9 Mn deal (as at then). With this contract in hand, the female entrepreneur had raised capital from ASBS Bank and USAID to acquire a farm of 350 hectares. Today, her farm houses 4,000 pigs at a time and employs no less than 20 staff.

A significant number of entrepreneurs looking to start businesses often turn to banks and end up down in the dumps – that’s because this category financial institution tends to focus on growing and/or matured ventures that have what could be considered to be healthy cash flows and collaterals that can be used to secure loans. In the absence of any of these criteria, you would be misemploying and trifling away. 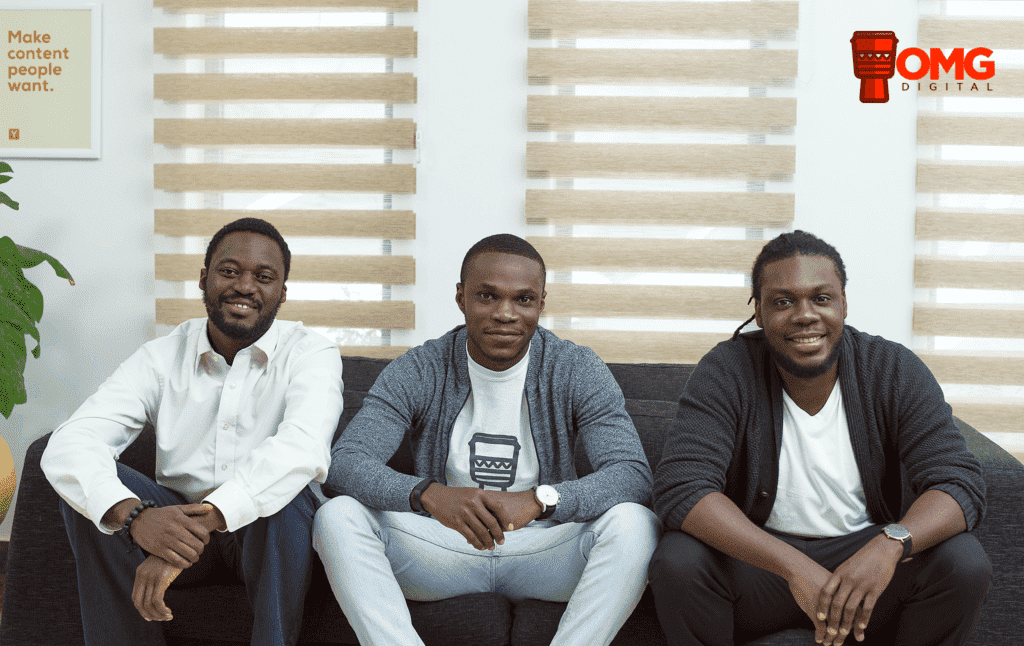 The trio of Dominic Mensah, Prince Boakye Boampong and Jesse Arhin Ghansah began OMG Digital in Ghana back in 2012 when they were still in the halls of the ivy trying to get a degree. Smartphones were becoming very popular as at the time, but these three friends found it hard to find interesting things to read online – and that was the forerunner of their media company which now provides content for young internet-savvy Africans. As of now, OMG Digital has spread from Ghana into Nigeria and Kenya, set to launch sites for South African, Ugandan, Zambian and Tanzanian users. These entrepreneurs were accepted into Y Combinator – one of the world’s most prestigious accelerator programs. In June, they were able to raise USD 1.1 Mn from a group of venture capital firms and angel investors.

Angel investors, who are usually independently rich people investing in early-stage investors, are really proving to have the halo atop their head as it concerns how they fund African startups.  Without them, successful businesses such as Microsoft, Google and Facebook who seem to be the key drivers of the world economy today perhaps would have never existed. There are as well accelerator programs and venture capitalists many African startups are not aware of, and as a result, don’t tap into. He certainly needs no introduction – Africa’s most affluent until someone else tries to battle for the title. With a net worth of billions of dollars and a modest flair to go with, he is no doubt the role model to entrepreneurs within and without the continent. Yes, his business interests currently spread across Africa, but Dangote’s impressive fortune began on a humble note. He started his business in 1978 with NGN 500 K, which is about USD 1.4 K in today’s terms – a sum he borrowed from his grandfather. It has been found that there common mistake most African entrepreneurs make is overlooking and take for granted the sources of capital that are in the closet proximity to us and within our very reach. Family, friends and even colleagues – virtually everyone within our social sphere can be of immense help when it comes to getting capital. Ask Jason Njoku and his multimillion-dollar Iroko TV to be sure. In the early stage of business, help can come from anywhere; we just have to be open to it.

In the early years, Dangote concentrated on importing soft commodities such as rice, sugar, frozen fish and baby food in Nigeria. As of today, his business interests have spread its unrelenting tentacles into local cement production, salt, sugar, flour, noodles, as well as the refining of petroleum. Funny enough, there are a lot of banks and local and international investors literally groveling to invest in Dangote’s business because of his awesome success track record over the years. But it would have been no piece of cake – or no cake at all – for him to raise any capital from these soliciting sources. That goes to say only people who know, like and trust in your and your business will help – well, sometimes.

Zoona, a financial service company, was the contrivance of two brother entrepreneurs – Brad and Brett McGrath in 2009. The former is an ex-JP Morgan banker, and the latter is a former commercial director of a telecom operator in Zambia. The startup is into the provision of both in-country and cross-border money transfer services in a several of African countries, including Zambia Malawi and Mozambique. According to a report in 2017, the business had as at then, processed more than USD 1 Bn in money transfers, bill payments, and other financial services. In 2016, Zoona raised USD 15 Mn of capital from a group of investors under the leadership of the International Finance Corporation. The funds are being used to vamp up the startup’s operations as it zeros in on reaching ten markets and 30 million active consumers by 2020.

The International Finance Corporation or IFC is a stark example of an international development institution, and there are several more like it in existence to support and invest in budding businesses, especially in developing regions of the world like Africa. A substantial number of development institutions are funded by foreign governments or global institutions such as the World Bank, United Nations, European Union and so on.