BitPesa, Nairobi based blockchain payments platform for Africa and Europe, announced their acquisition of TransferZero, in a press release yesterday.

TransferZero is an international online money transfer platform that specializes in sending money to consumers and companies in 200 countries. The fintech company licensed by the Bank of Spain as an authorized payment institution, was founded in May 2016 by Luis Cambronero, CEO. The company is also a partner of Bankia, Spain’s third largest bank. BitPesa who has both license and infrastructure in Africa and Europe, aims to grow this partnership to plant deeper roots through UK and Europe.

“Europe is a hub for global remittance and payments companies,” said Elizabeth Rossiello, founder and CEO of BitPesa. “Digital currencies and decentralized technology have hit critical mass in the financial services and payments space. It is no longer a question of whether this technology will have staying power, rather, which specific technology and what product iteration will launch and scale first. This past year was groundbreaking for digital payments and blockchain, as we saw Japan and Korea, two major Asian economies, come out with clear regulation that supported a booming sector. The UK, Europe, and Switzerland also solidified their position in support of payment companies using this technology,” added Rossiello.

“BitPesa has the support of top-tier, institutional investors and a network that will help to bring TransferZero’s technology to the next level,” said Luis Cambronero, former CEO of TransferZero and current MD at BitPesa. “Traditionally, residents would have to go to an agency or office to send money in cash. We enable our customers to quickly send money across the globe for free. Our new smart phone application is designed for the next generation of users,” said Cambronero.

TransferZero has network integrations across four continents and a team working with enterprise clients in need of global payment solutions. This remittance company does not charge a fee, aside from a small percentage in the FX. Under the acquisition, TransferZero will continue to operate under the same brand name and all of its employees will stay with BitPesa. The headquarter will remain in Madrid.

“This is truly a partnership where the whole is greater than the sum of the parts, allowing BitPesa to solidify our leadership in this space,” said Rossiello. “By bringing our regional and technological expertise together, we will further accelerate our month-to-month growth,” Rossiello concluded.

BitPesa was launched on November 1, 2013 in Nairobi, Kenya, Ghana with offices in Lagos, London, Luxembourg and Dakar. The startup raised 2 round of financing last year from Greycroft Partners and Draper VC. Why Ethiopia Got That USD 100 Mn Boost From The UAE 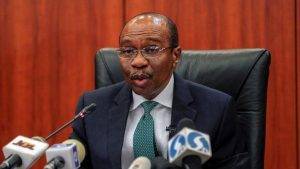 These Are The 12 Nigerian Banks That Have Been Fined A Massive USD 1.4 Bn For Not Lending Enough A Peek Into SA’s Newly-Assented Debt-Relief Bill: The Good, The Bad & The Ugly No Power? No Problem! This Nigerian Engineer Is Making Ironing Possible Without Electricity