It is common knowledge, albeit quite a disturbing one, that a significant proportion of the African population is caught up in a mire laden with privations, poverty, squalor, and a general lack of opportunities to improve living conditions.

Due to a combination of political and socio-economic problems spanning several decades, scores of the continent’s inhabitants are known to wallow precariously below the poverty line. For many such individuals, affording the bare essentials of life pretty much remains a mirage and a prerogative of only a privileged few. Most of these people struggle just to get by on a daily, with no hopes of somehow swimming past the murky waters and getting a shot at a decent life.

But even from the most disadvantaged of positions, some of them actually pull through. Those are the ones we like to call ‘successful’, and you know what? They all have one thing in common: courage! This is is what drives them and gives them the nerve to step out of their comfort zones and trudge along the road to success and fulfilment, however unfamiliar the path.

Issad Rebrab; an Algerian businessman, is considered as one of the first persons to make a foray on to the entrepreneurial scene in his country and is known to have trodden a similar path when he resolved to brave the storm and seize an opportunity that most people wouldn’t even want to touch with a twenty-foot pole.

Today, he is mentioned in the same breath as some of Africa’s wealthiest businessmen, but it may have easily been an entirely different story had he not possessed the drive and determination to change the course of his life.

Also Read: Cosmos Maduka: From Dropping Out Of Elementary School To Becoming A Multimillionaire

Issad Rebrab’s story starts with humble beginnings and modest backgrounds in Taguemount-Azouz in Kabylia, Northern Algeria. He was born into a family that was nowhere near comfortable or well-to-do in May 1944. His family had barely enough, but perhaps it was just about enough. In any case, Issad did manage to get through school on the backs of some shrewd and, at times, painstaking financial management on the part of his folks.

And you could be forgiven to think you may have figured out where he gets it from after he eventually bagged a degree in Business Management and Accountancy from a professional teacher’s college in Algeria. But that was not to spell the end of his academic sojourn as the prodigious scholar was soon awarded another degree from the Algerian Institute of Management and Planning.

Issad had a pedagogical air about him in his early twenties and this saw him take up a number of teaching roles. Passionate to share the knowledge he had acquired over the course of his studies, he could be seen teaching courses in accounting and business law in several institutions. But given that he was always one with a thirst for new challenges, he was soon going to seek more.

And more was what he sought when he opted to call time on his academic career to explore the ever-flickering embers in his entrepreneurial mind. Apparently, all those years he had spent teaching business-related courses had worked him into a mindset for entrepreneurship and given him an eye for business. And so he ventured.

Not long after he quit his teaching job, Issad Rebrab made his debut in business when he established his own public accounting firm – this was in 1968. However, he didn’t enjoy much success as an accountant and he again found himself seeking a new flame barely two years later. Things actually got pretty interesting for Issad from that point onwards as his life was about to change in more ways than one.

Related Read: 5 Powerful Business Tips That Can Be Picked Up From The Richest Black Man

Much of his success can be attributed to the calculated risk he opted to take when he got a whiff of an idea from one of his patrons during one of his consultations. Taking a cue from the advice of this patron of his, he took to stocking up on the shares of a metallurgical company, and this was made possible by the funds he had saved up during his academic career and the little he made during his short-lived accounting practice.

That was in the summer of 1971. It was a risky move on his part because there was just as good a chance of the whole thing proving a fiasco as there was any hope of reaping dividends. But it would appear Issad sees eye to eye with the ‘go-big-or-go-home’ community when he bought up to 20 percent shares in a steel company called Sotecom.

Through some effective stewardship, Issad was able to steer the embattled company to calm waters and it wasn’t long before he oversaw the acquisition of two more steel companies. Prifilor joined the Sotecom fold in 1975 and Metal Sider was snapped up in 1988. And just like that, the one-time teacher and accountant had become something of a one-man behemoth in the Algerian metallurgical space. 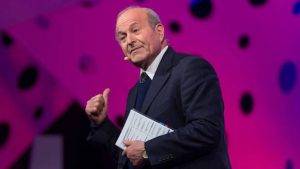 But just when it appeared he had steadied the ship and things were beginning to get a semblance of stability, the cruise ship did a Titanic! Things took a turn for the worse when tragedy struck in 1995. Three of his largest and most profitable enterprises were reduced to debris and rubble by terrorist attacks. He is said to have suffered losses in assets amounting to around 1.1 billion dinars. in the aftermath of the ravaging attacks which also threatened his life and that of his family and friends. The best option available to him was to flee the country with his family, count his losses, and fight another day. And that’s precisely what he did.

Dealt a telling blow by the setbacks, he couldn’t help hitting rock bottom. But he didn’t stay there. Well, you know what they say; the only other place to go after you have been struck down is up. Knowing he had once clawed his way to the top, he held strong convictions that he could pull it off once again. And when the opportunity presented itself, he was at the ready.

Issad Rebrab returned to his home country, Algeria, soon after its independence, ready to build again. His efforts soon paid off and in 1998 he bounced back with a company called Cevital. It was through this new enterprise that the Algerian businessman was able to spread his tentacles and diversify his holdings.

Through hard work and some smart decision-making which saw him negotiate many pitfalls, Issad went about building a conglomerate that would dominate Algerian markets and beyond, while bringing about the creation of employment opportunities and the growth of the nation’s economy.

With holdings in agribusiness, steel production, and technology, as well as 26 subsidiaries under four principal sectors, Cevital Group still holds its own today as one of the first and largest conglomerates in Algeria.

The company owns one of the largest sugar refineries in the world; a feat that also sees it dominate over 60 percent of Algeria’s sugar market share. As much as 1.5 million tons of sugar is believed to be produced by the sugar refinery on a yearly basis. Cevital Group is also known to have interests in margarine and vegetable oil processing.

Issad Rebrab is also regarded as an advocate for the diversification of the Algerian economy as he has been at the forefront of moves to break the oil-dependence and poverty. The entrepreneur has contributed significantly to the development of renewable energy sources in Algeria and some of these contributions have involved collaborations with such companies MAN Solar Millennium, Siemens, Abengoa Solar, HSH Nordbank, and Munich Re.

He is also known to have taken up a role in a project dubbed “Cap 2015”; a twenty-billion-dollar project that was flagged off in Cap Djenet, Boumerdes, and is expected to target various such industrial aspects as seawater desalination, automobile production, and power generation.

The Algerian businessman has been pretty vocal about moving his country away from its socialist, oil-centred economy. He is known to have relentlessly championed the movement to make Algeria attractive for private investments and supportive to entrepreneurship. 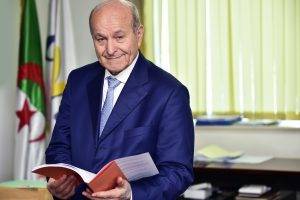 Issad Rebrab also has stakes in a number of other enterprises including the Algerian arm of automobile manufacturer; Hyundai Motors, and French newspaper, Liberte. In 2016, he added one of Algeria’s biggest media groups, El Khabar, to his holdings in the media – this acquisition is believed to have cost around USD 45 Mn. El Khabar newspaper is one of the most widespread dailies in Algeria. The media group also owns a television channel, distribution channel, and printing press.

Quite recently, the serial entrepreneur who already has his fingers in many pies bagged a partnership with global technology giants, Samsung, which saw him become the brand’s executive representative in his country. Also part of his portfolio is Europcar; an automobile subsidiary which is a car rental service.

The remarkable success this Algerian has enjoyed so far can be attributed to his willingness to overcome the trepidations and step out of his comfort zone in spite of the uncertainties. He has made a name for himself as one of Algeria’s industrial gladiators and one of the richest businessmen in Africa. With up to 18,000 Algerians in his payroll, Issad Rebrab’s businesses are known to employ more people than any other firm in Algeria.

Curated for you: Five Young African Entrepreneurs Who Are Making Waves In Technology

An ever-present hallmark of successful businesspeople is the belief in nation-building and Issad Rebrab is an ardent proponent of that school of thought. A large part of his plans can be related to the economic diversification of Algeria, including one which is believed to involve acquiring a number French tech companies with a view to introducing technological developments in the country and getting more people engaged in meaningful jobs.

Having actively taken part in such initiatives as the Desertec Project which was aimed at facilitating solar energy production in Algerian deserts, he can be said to have weighed in with significant contributions to his country’s development and reduction of its dependence on oil as a sole source of energy.

From those countless hours spent in classrooms and lecture halls, Issad Rebrab has gone on to amass a fortune that is believed to be worth well over USD 4 Bn. And all that while creating thousands of job opportunities in diverse sectors.

Even when his initial venture took a hit and he had to do it all over again from ground zero, sheer grit, passion, and courage got him back on his feet. He was still able to establish a diverse group that meets the varied and vital needs of Algeria and Africa.

His meteoric rise is a testament to the idea that stepping out of comfort zones and seizing opportunities in territories that may come off as unfamiliar and uncharted could unlock that much-vaunted door to far-reaching success.